In the beginning of 2009, I had been back in Finland for a bit over a year after having lived on/off in France for several years. I had just met Hubby, and I was working as a flight attendant. I was living alone in a tiny but central flat.

I traveled so much in my line of work back then, that when I was at home, I kept automatically reaching for my phone to call room service!

“No one filled the fridge!”

“The service is really bad here! Why haven’t they changed the sheets?”

“Do I really have to take the trash out myself??”

There was some kind of paper industry strike that winter. (That’s a big industry over here.)

It culminated in stores running out of toilet paper for a brief moment!

I remember it was that very winter, because I had just returned home from a long work trip and long work shift, it was the middle of the night and all the shops were closed. I was hungry and my fridge was empty. But I had to wait until the morning for the grocery stores to open.

When the stores finally opened, I charged in so I could buy some breakfast and go straight home and have something to eat. I also did the rest of my normal shopping. But: Surprise! Instead of toilet paper, there was just a note on an empty shelf explaining that a strike had caused delivery problems in all the chain’s stores. (The note was paper. Ironic!)

But never mind! At least food wasn’t on strike! 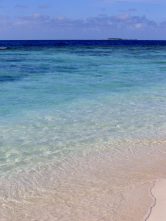 I’m surprised that my photo is now telling me the location of this shot: Laccadive Sea. I didn’t know my old camera was able to register that on its own! 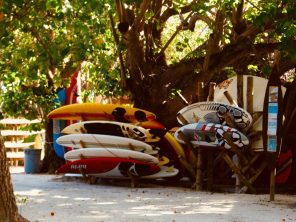 These two shots are from the Maldives, January 11, 2009. I didn’t take many photos back then, I was busy living in the moment. I have less than ten shots from the Maldives. Only one with me in it!

Working night shifts and always arriving home at odd hours, sleeping til noon to get my 8 hours of beauty sleep (sometimes much, much more), all that meant that I never had any food in the fridge. Traveling away for a week at a time, it would have gone bad anyway. Shops were never open when I would’ve had a moment to visit them. Helsinki was not a 24/7 town back then.

Now, ten years later, things are quite different! No traveling for me, no sleep either – but our fridge is always full. I do my grocery shopping online and have it delivered at our doorstep.

Another thing that’s changed is photography becoming mainstream. Ten years ago, 2009, was just before Instagram came along and made everyone take selfies and apply filters. Sure, people were posting photos on Facebook and some were using their camera phones, but most of us flight attendants were still carrying cheap, low-tech point-and-shoots. (They seemed hi-tech back then because they were digital!)

The airlines I worked for had plenty of rules and one of them was that you weren’t allowed to post work photos on social media (or elsewhere online). Especially not in uniform. It was a safety issue, they said, as well as a company reputation issue.

So, while many flight attendants did indeed pose on the okay-part of a large plane’s engine or smile at the camera while peeking from an overhead bin, those photos were never meant to be published, they were to remain private. Sounds kind of boring now, doesn’t it?!

Also, if a passenger took your photo (not to mention filmed you!), you were to politely ask them to delete it immediately! Luckily that never happened. I always feared that potentially embarrassing, awkward moment.

Now, I don’t have the latest facts, but I suspect airlines would have had to give up on this photography ban of theirs long ago!

Funny how life’s path goes. (Or paths, plural? Am I on the same path or have I already gone down several paths?) 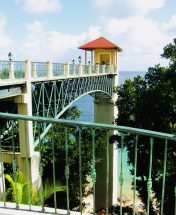 Another surprise! These photos have suddenly added geotags too (I swear they didn’t have them before). They are apparently from Villa Altagracia, San Cristóbal, Dominican Republic (I knew the country!) 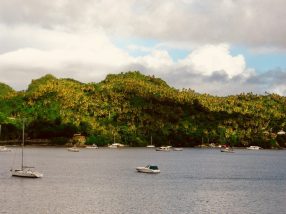 The date is actually in December 2008, just a bit over ten years ago

Thank you everyone who participated in the Friendly Friday photo challenge I hosted last week!! I was thrilled, beyond thrilled, to receive so many responses! I hope you all become regulars!

This week, the Friendly Friday party (aka photo challenge) is over at Amanda’s blog, so please hop over there and have a look! She’s written a beautiful post on pathways.

Copyright: All images and content © 2015 – 2021 The Snow Melts Somewhere. All rights reserved.

The wit and wisdom of a man who has neither...

Hunting for beauty and balance, camera in hand