I need a little prompt today. Discover Prompts’ theme today is Book, so fine, that’s it then! I’ll write something about books.

Books… Well, as a teenager, I used to love writing book reports at school. I’d focus on the analysis part and not on repeating the plot, since we had all read the same book anyway and retelling the plot just seemed silly.

In both Finnish class and English class, we read books by Dostoyevsky and Camus, Finnish classics and international classics, war stories, stories of racism and other serious topics. From Hemingway to Toni Morrison, Catcher in the Rye to Lord of the Flies, we read them all.

In French class, we watched films, since reading was too hard – I remember trying to read Maigret in an easy readers form and only getting half the story. We watched Proust and Tintin and played plenty of pétanque. But that’s another story entirely. I became quite good at pétanque but after 12 years of French, I still could not understand the slurred language of Tintin! 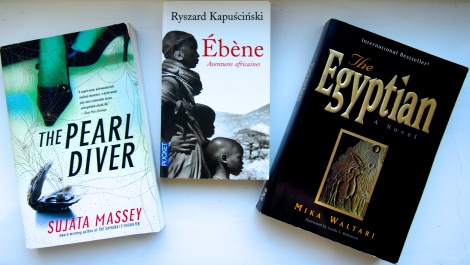 I used to be a big reader before I had my twins. Now I can barely keep my eyes open long enough to read the covid headlines before going to bed – sweet dreams after reading that type of news! I don’t know why I’m addicted to reading the news at all, but at least I try to avoid the tabloids and just look at the main news service.

In our living room, our bookshelf looks funny. Its lower half has been stripped clear of its shelves, because my two little boys are climbers. Also, I don’t know if my boys would still do this, but when they were two, they used to love pulling books out and throwing them around and I got tired of the mess. So instead of the bookshelf, the books are now stored ever-so-stylishly in large blue Ikea bags (the kind that were copied by an expensive designer brand) on the floor of my bedroom.

Sometimes the now-almost-three-year-olds go gold-digging in the forbidden blue bags and bring a couple of books to the living room that they then pretend to read. When they notice the lack of pictures, the boys are pretty quick to state, “This book is boring”, but that doesn’t stop them from doing the same thing the very next day.

I always read in English, it wouldn’t even cross my mind to read in Finnish. My imagination just doesn’t work in Finnish. If I was ever to write a book of my own, I would write it in English. I don’t know how to use the Finnish language properly and I feel like my grammar and vocabulary are lacking, though I do write plenty of sales copy at work. But copywriting is very different from creative storytelling.

Maybe if I did read books in Finnish, my vocabulary would improve and I wouldn’t always feel so lost at the office when people use words I’ve never heard of or that seem to have a different meaning than the one I know. It’s very confusing and sometimes I have to google the translation into English to see if I then understand what they mean. But I’m just not inspired to read in Finnish. “It’s boring”, I echo my boys.

Last year, I think I only managed one book. It was The Psychology of Time Travel by Kate Mascarenhas. I absolutely loved it, and if I hadn’t, I wouldn’t have read it. I’m very picky and will stop reading after the first page if a book doesn’t engage me from the start.

Oddly, my favorite book of all times is a Finnish classic, The Egyptian by Mika Waltari. I’ve read it in both languages, Finnish (at school) and English later on, though I’m not the type of person who usually re-reads books or repeatedly watches favourite movies. Another masterpiece I want to read again is Michael Pollan’s excellent and astonishing book The Omnivore’s Dilemma which everyone should read at least once, if you ask me.

For someone who could barely make it through an easy readers’ Maigret story in French, I have to say my French skills improved after high school and uni were over and I went to Paris to experience some real life, French-style. Big surprise, eh? 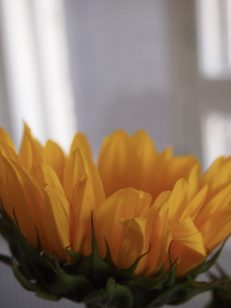 In Paris, books were everywhere and they were inexpensive. And they were in French. I read many a book by contemporary French writers like Anna Gavalda, but I also stumbled upon international gems. Through my discoveries at Virgin Megastore on the Champs-Elysées, I stumbled upon one of my favorite authors, Ryszard Kapuscinski, and read Ebène in French. Kapuscinski was a Polish journalist who traveled extensively in Africa and wrote several novels about the continent’s struggles. His life story had many incredible twists and turns and it certainly wasn’t boring.

What are your favourite books? Give me something light and easy to binge-read with sleepy eyes!

74 responses to “Something About Books”

I make photographs and poems to please myself (and share them to please you).

Blog about optimizing the everyday processes to make more time for fun stuff.