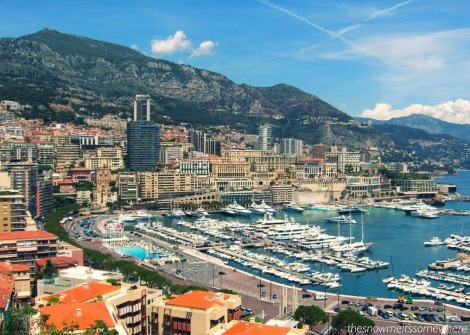 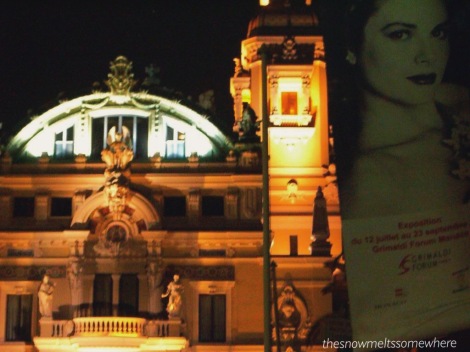 Monaco, Gracefully. Blurry night vision with a cheap camera back in 2006

Let’s see, Monaco… I went there five times during the summer I lived in Nice because everyone who came to visit me always wanted to go there! You can get there from Nice by train, bus or car very quickly… The local bus tickets were only a couple of euros, but on the way back we once got stuck in traffic. The train was faster. And the scenery was great, driving from Nice to Monaco. I lost track of the amount of Ferraris that passed us on that narrow, winding mountain road when we rented a car.

Monaco is a tiny area. I knew a travel guide back then who gave me all sorts of interesting facts about things like how much money you need to have on your bank account to become a resident, but I’ve forgotten all the details. There was a pretty garden with a view, a Mövenpick ice cream stand, and defibrillators everywhere on the streets – and nobody stole or vandalized them! There was the famous F1 Grand Prix tunnel and skid marks on the road. The atmosphere was posh, but gracefully so. Poshness just belonged there.

A Glass Half Full

travel and life with lee mylne

On a mad one with muffins

A travel blog from Bolivia to Berlin